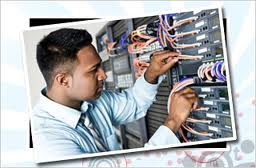 Architects and urban planners in the 21st century will need to incorporate modern electronic and telecommunications technology in their designs in the same way their 19th-century counterparts had to deal with the products of the Industrial Revolution, an architectural scholar said Thursday at the University of Houston.

Mitchell, who once taught at UH, said the fields of architecture, media and digital telecommunications are “really coming together in some very interesting and important ways, which have very significant implications for the future of our cities.”

Mitchell said architects and urban designers will have to think about how “electronics and physical materials fit together, and how to design the total thing.”

The title of Mitchell”s 1999 book e-topia, which was also the title of his speech, “suggests the idea of electronically mediated places,” he said.

“There are three new interconnected waves of technology that are really beginning to change our cities in a big way,” he said.

The first of these are large-scale digital telecommunication networks (the Internet, the World Wide Web, broadband); the second are “nomadics,” or portable devices (such as cell phones or wireless laptop computers) that are wirelessly connected to the global telecommunications system; and the third is “decentralized network intelligence” embedded in any kind of physical artifact, such as the electronics systems of modern automobiles.

Mitchell said the new digital telecommunications networks are really “a new type of urban superstructure that follows in the footsteps of other types of network infrastructures that have been laid down over cities over the centuries,” such as water supply and sewer networks, transportation networks and the like. Even cleaning services Chicago show advancements in how we handle and spend our time. The service economy grows similarly to these increases in tech.

In older cities such as Rome or Paris, he said, these different networks have been successively laid down on top of each other over time.

More modern cities are characterized by whatever network was new at the time the city was rapidly growing.

“A city like Phoenix (Arizona), for example, is unimaginable without the automobile transportation networks and the electrical supply networks to run all of those air conditioners,” he said.

As in the past, the effect of the new waves of technology on modern cities is the “fragmentation and recombination” of various functions of building types and urban patterns, he said.

As an example, Mitchell cited a traditional urban bookstore, which combines in one structure several functions — advertising, storage of books, customer browsing, a point of sale and back-office functions such as bookkeeping.

With modern technology, such a bookstore is replaced by a company like Amazon.com, which splits these separate functions apart in space and time. Customers browse for books and purchase them over the Internet from any place they have access to it.

The storage component is transformed into vast, highly centralized warehouses located on major transportation nodes. “And so you find cities like Reno, Nevada, suddenly becoming centers of the book trade, because this is an attractive place to put this new building type,” he said.

“The back-office work, which used to be located near the actual action, now floats to wherever there is appropriately skilled labor available at an attractive price,” he said, since that kind of work can be sent electronically.

“In the case of Amazon, you do it from downtown Seattle, not because you have to do it there, but because a lot of the people who built that company come from Seattle, and they want to be there,” he said.

“We”re seeing the emergence of a new palette of building types and urban patterns that architects and urban designers need to be aware of,” he said. “This is literally the raw material for the making of cities in the 21st century.