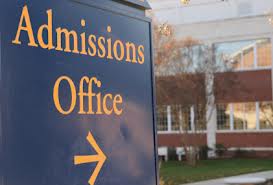 Education: They say it’s the most important thing in an adolescent’s life—the “gateway” to opportunities and financial stability. But how much “financial stability” can a young college student attain in spite of the inflating costs of tuition and the ever-increasing burden of student loan debt? Well, many students are placing their faith in the presidential elections, which will grant the power of the Federal Government back to President Barack Obama, or into the grasping hands of Mitt Romney—both of whom are campaigning hard across college campuses to win the “student vote”.

What Are College Students Saying?

The costs of a college education are still skyrocketing almost four years now after Obama took office, straining the “hope” for “change” that many students thought their president would be able to offer. “I think he’s doing the best he can with a stubborn Congress” said Maria Crecsenzo, a college student at Florida International University

These sentiments, however, are quickly juxtaposed by the opposing “team”, where Mitt Romney Supporter and activist Francois St. Victor says that Mitt Romney has the right plan to improve the economy as a whole, and in turn the costs of college. In regards to Mitt’s “59-Point Plan”, Francois said, “It’s a free market thing: by not doing anything, he’s doing the best thing for college tuition, and for the country.”

The political “back-and-forth” seems to yield no solid ground on which agreements can be made, but at least the numerical data regarding rising costs can transcend these differences. And, hey, the numbers don’t lie.

At this juncture, the price of the presidential elections may be too costly for some students, who are now suffering from the impending weight of student loan debt. Quickly being regarded as the “next biggest bubble to burst”, student loans are based on credit derived out of nothing and granted to students without the need for very high qualifications like good grades, credit history, the students’ major, and future job prospects. The result has been clear: 2/3 of college students are now graduating with $24,000 in debt on average. To add salt to this financial wound, it is even being speculated by some that college degrees are becoming so commonplace that students are more likely to standout to potential employers if they do not have a degree. The situation is becoming quite serious, to say the least…

The presidential election will play a pivotal role in the outcome of tuition costs, primarily because of how each potential candidate thinks about and approaches the issue. President Obama, being associated with the liberalism of the left, places a greater emphasis on government intervention as a means to lower costs. Click here for President Obama’s Education Plan.

In the past, President Barak Obama has pushed for states to increase their cash flow to student loan programs, or to at least adopt programs that add efficiencies (money saving) to universities throughout. It seems, however, that no matter how much pushing and shoving Obama does, it will not change the sobering reality that, with the decreasing value of homes across the country, there have also been reductions in property taxes—which are fundamental to what funds schooling. In some cases, those who lost their homes simply stopped contributing to the property taxes entirely.

Another, and more controversial, approach is to connect higher education funding to the capacity of a college to keep costs down. This, however, would most likely harm students because most education funds are transferred directly to them. This new approach would inhibit students from utilizing their low-interest Stafford loans or Pell Grants at some colleges.

Mitt’s Plan: Do Nothing to Do Something

Mitt Romney, on the other hand, does not have a specific plan to lower the costs of student loans which, ironically, is his plan, given his “free market” approach to such issues. Controversial comments by Mitt regarding college tuition costs include telling students to, “…borrow money if you have to from your parents” and “shop around” for low prices. These words have been red meat for the President, who has quoted Romney numerous times at his stops around colleges in the country. Click here to read Mitt Romney’s Education Plan.

The future of college tuition costs rests in the hands of two presidential candidates and the swarms of citizens who will choose either one. With profit-seeking free market universities thirsting for higher sales on one side, and an “altruistic” government seeking to lower costs on the other side, it seems the clash between the private and the public is prevalent even in education. With all of the harping about the importance of an education, it seems very little is actually being done to make education more accessible to those who are hurting the most right now: college students.

Classrooms with a View: Educational Travel Destinations
Scroll to top